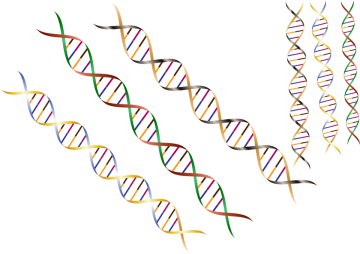 Genetic Analysis Software
Population researchers from CPHA and Duke’s Biodemography of Aging Research Unit (BARU) developed various software packages relevant to the genetic analyses of longitudinal data on aging. Included in these is a comprehensive phenotype simulation package, cophesim, which provides valuable tools for testing new methods for genetic analyses using simulated phenotypic and genetic data. The software adds a phenotype to genotype data prepared by different genetic simulators. The output information of cophesim can be directly used as an input for different GWAS tools. The use of this software has been tested though comprehensive simulation studies.

In addition, haploR is a versatile R-package developed to facilitate web-based tool integration and explore information linked to annotated genetic variants. The package gathers information from webpages and saves it in a format suitable for downstream bioinformatic analyses and post-GWAS interpretation of genetic associations.

Specific applications of haploR include various approaches to genetic data analyses in different studies with a specific focus on Alzheimer’s disease (AD). Konstantin Abreev and colleagues have applied the genetic-demographic model which combines information on follow-up and information on ages at biospecimen collection to GWAS of lifespan in CHS CARe data and found that groups of individuals with different values of weighted polygenic risk scores (above/below median) constructed from the top SNPs in GWAS of lifespan (with p-value threshold 0.01) differ in chances to avoid AD, thus validating further exploration of these findings in analyses of larger scale genetic data.

Anatoliy Yashin and colleagues have performed GWAS of AD in several large-scale studies (including FHS) confirming strong associations of genetic variants from well-known genes APOE, TOMM40, PVRL2 (NECTIN2), and APOC1 with AD and discussed the evidence on genetic connections between AD and vulnerability to infection, as well as between AD and other health disorders, such as cancer and type 2 diabetes. Researchers concluded that the progress in uncovering hidden heterogeneity in AD would be substantially facilitated if common mechanisms involved in development of AD, its hallmarks, and AD related chronic conditions were investigated in their mutual connection.

BARU provides a host publicly available software to advance research in the fields of health span, aging and lifespan in an integrative manner.