A Tale of Two Cars: DUPRI's Nathan Swanson featured in the WSJ 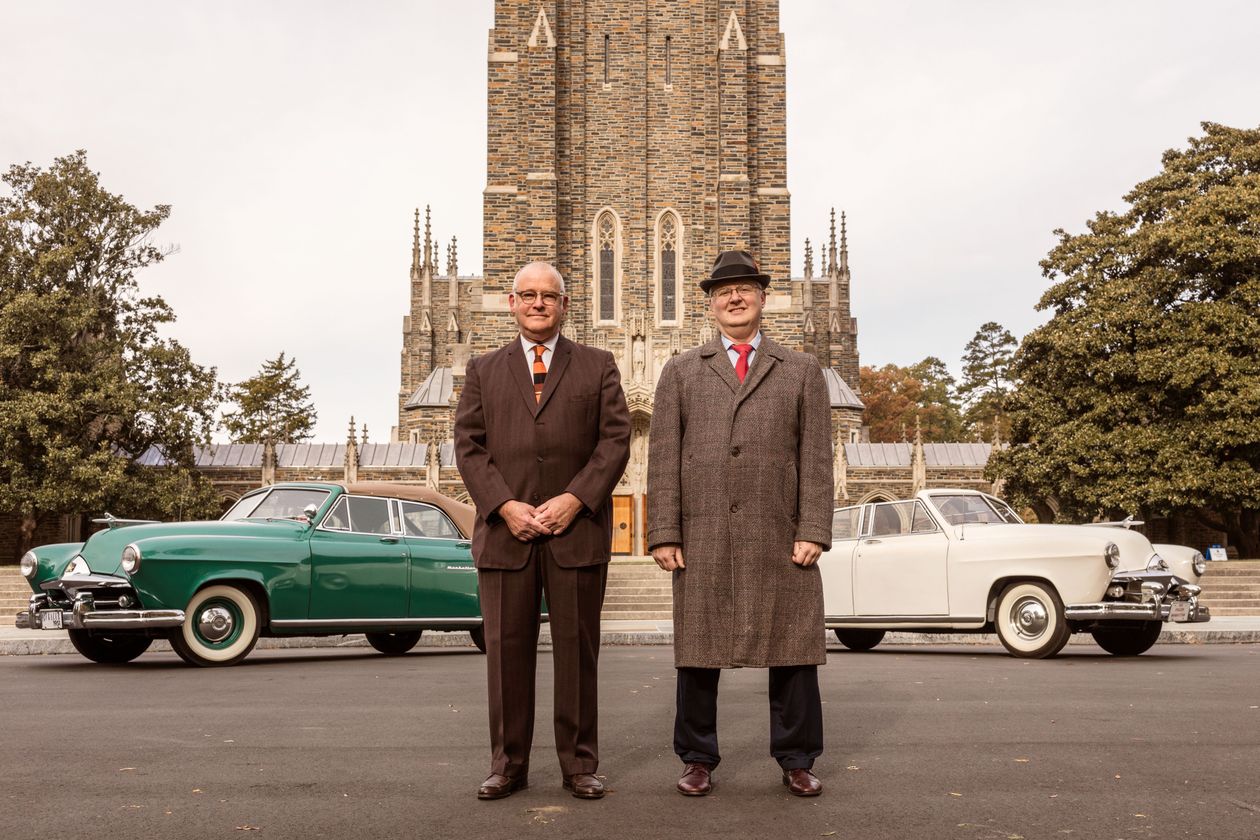 Two of the Same Ultra-Rare Cars in the Same Town? Almost Impossible
A pair of car-lovers who work at Duke University discover they have matching 1951 Frazer Manhattan convertibles

Swanson: When I was in the sixth grade, I found a 19-year old National Geographic on a dusty shelf at school. I opened it and saw an ad for a 1951 Frazer Manhattan convertible. I just liked this car. I secretly tore out the ad and I have it to this day.

Crews: I have liked Kaiser-Frazer cars for years. I was interested in the fact that two American industrialists, Henry J. Kaiser and Joe Frazer, had launched arguably the most successful new competition to the Big Three right after World War II. I had a 1953 Kaiser Dragon, but Frazer was the higher-end car of the two brands. I thought that if I ever saw an ad for one, I would try to buy it.

Swanson: Only 131 Frazer Manhattan convertibles were built in 1951. In 2017, I saw an ad for one for sale in New Mexico. I called the guy and he told me he had already sold the car—to someone in the same town where I live.

Crews: After I bought my 1951 Frazer, the seller called and said, “I can’t believe it, but someone else in Durham has called me about the car. Do you mind if I give him your number?”

Swanson: Another 1951 Frazer Manhattan convertible came up for sale in Alabama. I flew down there. I had never seen one in person, only in an advertisement. It was as beautiful as I imagined. I bought the car and later, I called Rex. I had never met him before. I thought: What are the chances that two guys, about the same age, living in the same town, working at the same institution, would own the same rare car? When people see this Frazer, they ask: Is that an American car? Because most have never heard of Kaiser-Frazer.

Crews: Kaiser-Frazer cars started coming out around 1947. There were two brands: Kaiser and Frazer. Henry J. Kaiser was an industrial magnate—an aluminum manufacturer, and a ship and dam builder. [Mr. Kaiser is arguably most known now as co-founder of Kaiser-Permanente, one of the nation’s largest health-care providers today.] Joe Frazer had the automotive experience. He had worked in the industry.

Swanson: They pooled their resources, but in 1951 Frazer left the company and the brand disappeared, so our 1951 Frazers were among the last built. If I had to guess, I would say that there are only a dozen 1951 Manhattan convertibles mobile today. Part of the joy of owning this car is keeping the history alive.

Write to A.J. Baime at myride@wsj.com

Two of the Same Ultra-Rare Cars in the Same Town? Almost Impossible