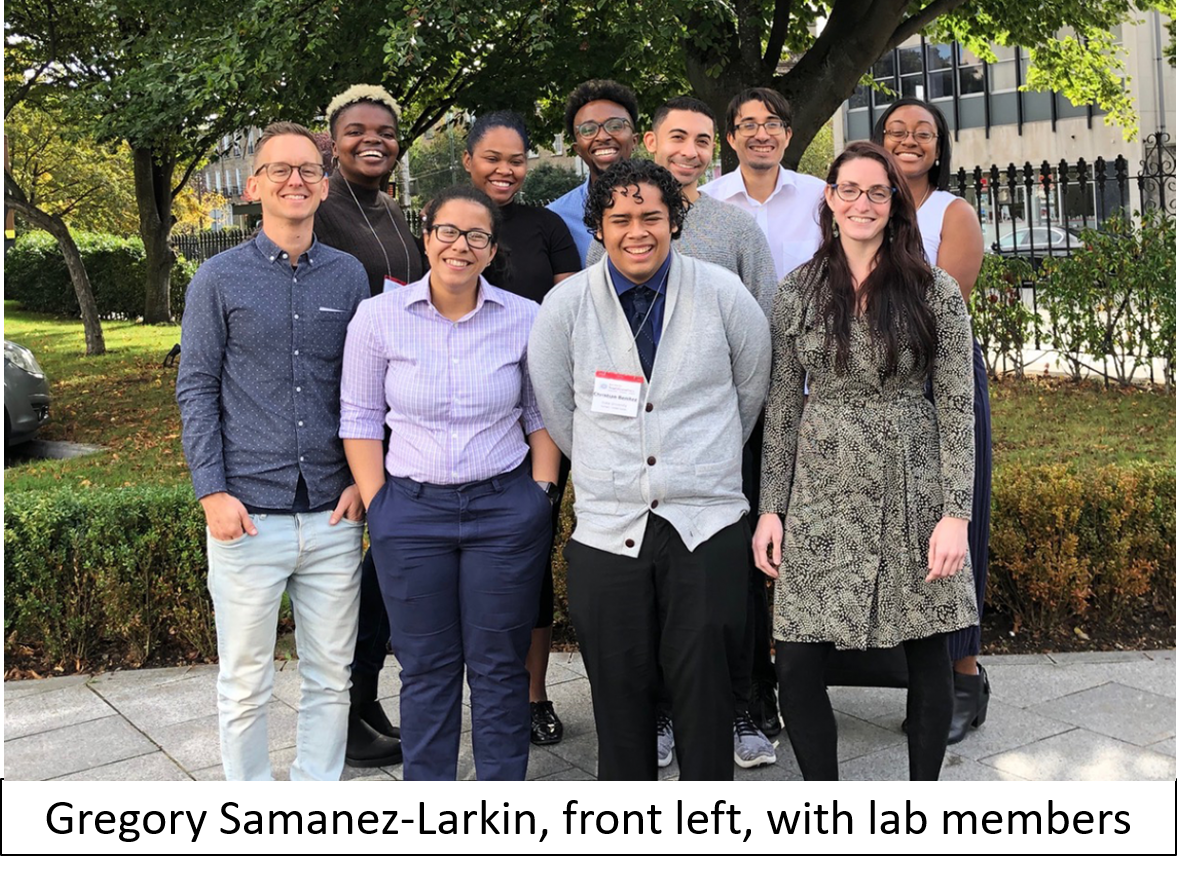 Gregory Samanez-Larkin is a DUPRI Research Scholar and Assistant Professor of Psychology and Neuroscience at Duke University.  The following article by Kathryn Kennedy first appeared in Duke TODAY on October 10, 2019.

Samanez-Larkin Recognized for Research on the Neuroscience of Decision-Making

By Kathryn Kennedy, Trinity College of Arts and Sciences

Gregory Samanez-Larkin, assistant professor of psychology and neuroscience at Duke, has received an Early Career Award from the Society for Neuroeconomics for research that examines how aging affects motivation and cognition across the lifespan.

The award given this month recognizes significant contributions to understanding the neural basis of decision-making, or the impact of this knowledge on formal understanding of decision behavior, according to the society website.

“So many people invested so much in training me that I am happy to make them proud by being recognized for our science,” Samanez-Larkin said. “I also feel lucky to have worked with such motivated and brilliant students, postdocs, lab staff and administrative staff who all together make everything happen … doing the great work that led to this recognition.”

Samanez-Larkin leads the Motivated Cognition & Aging Brain Lab at Duke, whose members aim to identify psychological and neurobiological strengths at all stages of adulthood that can be used to enhance everyday decision-making. The scientist’s earlier work focused heavily on financial decision-making, and his study of financial choice continues.

However, he has expanded that inquiry to also examine individuals’ daily decisions to engage in physical activity or other health-related behaviors.

“Even though Greg is still clearly on the rising phase of his career, he has already developed a distinctive, independent research program,” said Scott Huettel, chair of Psychology & Neuroscience in the Trinity College of Arts & Sciences.

“He has been instrumental in accelerating the careers of other developing scholars in neuroeconomics, not just through his mentoring of a diverse pool of scholars but also through obtaining and administering grants that support seed funding. This well-deserved award recognizes him as an emerging leader in his field.”

Samanez-Larkin came to Duke in 2017 from Yale University. He earned his master’s and doctorate from Stanford University and completed postdoctoral education at Vanderbilt University.

The Early Career Award was presented during the society’s annual meeting in Dublin. Also receiving the award was Catherine Hartley, an assistant professor of psychology at New York University.