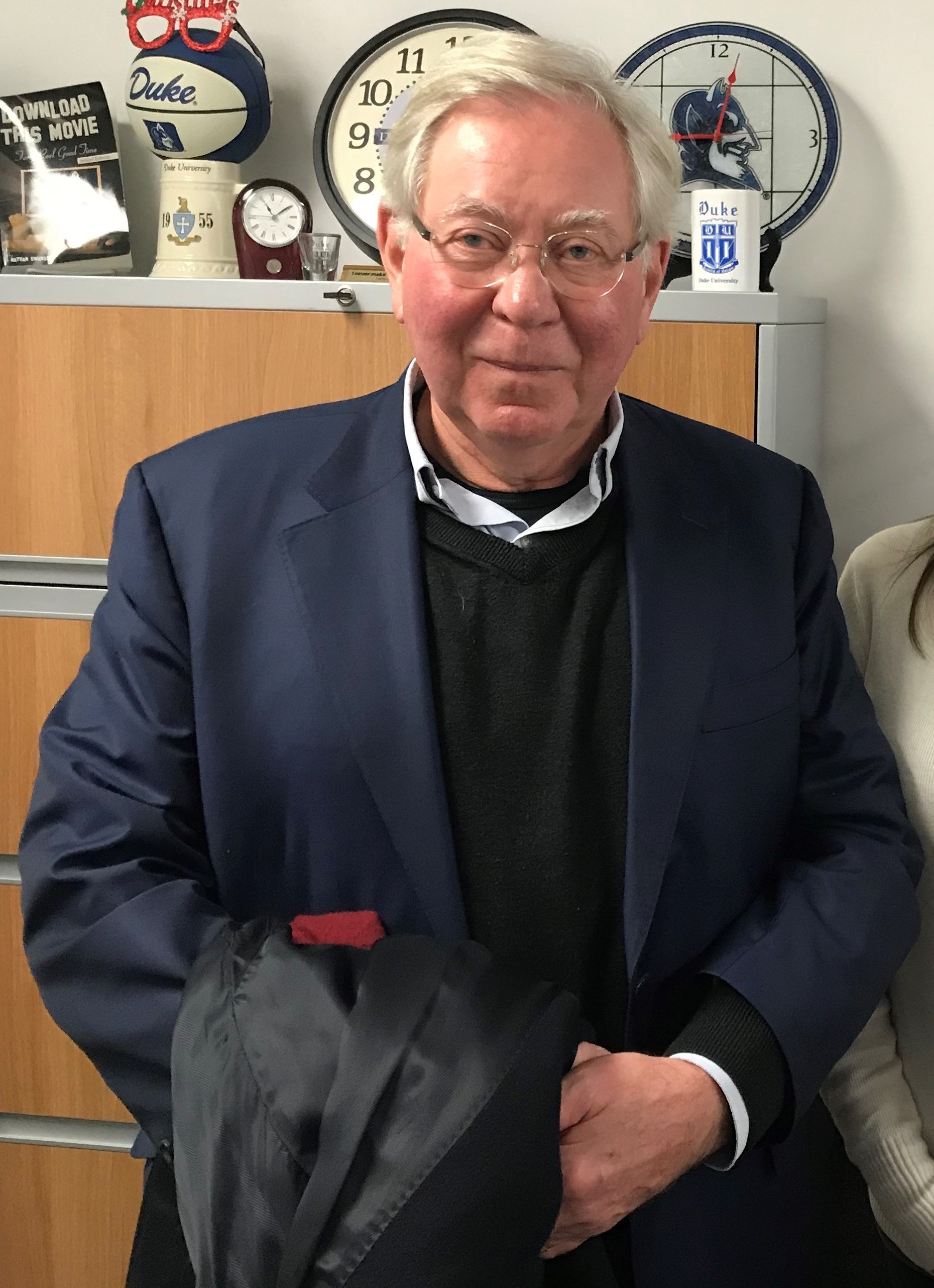 James W. Vaupel became a leading theoretical demographer and a cross-national institution builder over the five decades of his career.  From 1972 to 1985 he was a full-time faculty member at Duke in what is now the Sanford School of Public Policy.  But, despite holding subsequent positions on the faculty at the University of Minnesota, as founding director of the Max Planck Institute for Demographic Research in Rostock, Germany, and as Professor at the University of Southern Denmark, he remained an inspirational and generous research collaborator with Duke faculty in the population sciences, and most recently the Duke University Population Research Institute (DUPRI) which he helped found in the early 2000s as Research Professor in Sanford.  He continued to submit successful grant proposals from Duke through DUPRI as a Research Professor in the last two decades, including a NIH P30 Center infrastructure grant for the demography of aging (2009-2014) and a P01 on sex differences in aging and mortality that ended in 2020.  He nourished innovative demographic research at Duke and contributed to its distinctive interdisciplinary model that transcends the natural and social sciences in a network of mathematicians, actuaries, biologists, geneticists, medical scientists, epidemiologists and formal and social demographers. These efforts contributed to and helped to sustain Duke’s preeminence in demography, and particularly in the biodemography of aging and senescence.

His oldest faculty colleague and friend at Duke from the Sanford School (Phil Cook) does not know the origins of Jim’s interest in life expectancy and longevity, but he recalls that Jim believed that demography was an essential building block of all social science and policy analysis.  Jim’s earliest major research contribution was a pioneering article on the demographic theory of unobserved heterogeneity in Demography in 1979, coauthored with Duke colleagues Kenneth G. Manton and Eric Stallard.  The paper formulated the fixed frailty model in continuous time and included a proof of the averaging theorem for individual hazard rates. According to Stallard, this set the stage for further developments in biodemography where the standard assumption of population homogeneity was no longer needed. Instead, according to Anatoliy Yashin (another Duke colleague), subsequent research has sought to identify different aspects of hidden heterogeneity in disease and death in different populations.  As recently as 2014, Vaupel and T. I. Missov published a review in Demographic Research of the continuing developments in the mathematical demography of unobserved population heterogeneity spawned by the 1979 publication over three decades earlier.

Jim worked with many colleagues from around the world on questions related to changing patterns of longevity.  His work revealed patterns of mortality decline even at advanced ages based on observations that mortality rates level off rather than continue to grow exponentially at extreme ages.   These results have sparked debate over whether human life expectancy is increasing (Oeppen and Vaupel, 2002, Science). Relatedly, Jim’s work with Kaare Christensen on Danish cohorts revealed that “exceptional longevity” among nonagenerians and centenarians does not lead uniformly to extreme disability, further demonstrating heterogeneity among the oldest old and trends in differential physical and cognitive functioning of the oldest old across cohorts.  Similar patterns of heterogeneity have been observed, for example, in Chinese populations, as Jim’s works with Duke demographers Yi Zeng and Ken Land (and other colleagues) have determined using the Chinese Longitudinal Healthy Longevity Study (Zeng et al., Journal of Gerontology A, 2015).

A recent decade-long collaboration partnered Jim with a Duke biologist, Susan Alberts, who has conducted research for several decades on the Amboseli wild baboon colony in Kenya.  Susan Alberts and her colleagues have pioneered the study of aging in wild primates by focusing on how behavior and physiological functioning change with age.  This work has established the Amboseli baboon population as an emerging model of aging in the wild. Alberts and colleagues have identified remarkable parallels in nonhuman primate aging compared to what we have learned about human aging, including (1) a positive relationship between social connectedness and survival;  (2) the cumulative effects of early adversity on differential fertility and survival in wild female baboons (Note: Their study of the relationship between cumulative early adversity and adult survival is the first study of the survival impact of multiple sources of early adversity in any wild animal population); and (3) the enduring effects of early adversity across generations via parenting behaviors--among other original findings.  Jim introduced Alberts to the problem of the health-survival paradox in human populations. The health-survival paradox refers to the phenomenon in which women tend to have more illnesses across the life course but men tend to die at younger ages. He was interested in investigating the paradox in human and nonhuman primates while preparing a P01 proposal. Susan recalls that Jim taught her about human demography and that she had the distinct pleasure of teaching Jim about wild baboons. She visited Denmark multiple times, was introduced to several people who became key collaborators, and “enjoyed Jim’s eruditeness, humor, and generosity.” “Jim played a unique and formative role in my research on aging, and I will always be grateful for his expertise and his interest in my work. I know I am not alone in reflecting that the world of aging research will feel Jim’s loss for years to come.” (See Alberts, S. C., E. A. Archie, L. R. Gesquiere, J. Altmann, J. W. Vaupel and K. Christensen: The male-female health-survival paradox: a comparative perspective on sex differences in aging and mortality. In: Sociality, hierarchy, health: comparative biodemography, (Eds.) M. Weinstein and M. A. Lane. National Academies Press, Washington, D.C. 2014).

However, Jim’s interest in nonhuman demography did not begin nor end with nonhuman primates. Several publications appearing in Science and Nature over the last two decades have examined biodemographic trajectories of aging “across the tree of life,” ranging from nematodes to large medflies and Drosophila as well as to nonhuman primates.  These studies have contributed to the burgeoning area of biodemography linking the biological, genomic and the behavioral and social sciences in new ways.  (See Vaupel, J. W., J. R. Carey, K. Christensen, T. E. Johnson, A. I. Yashin, N. V. Holm, I. A. Iachine, V. Kannisto, A. A. Khazaeli, P. Liedo, V. D. Longo, Y. Zeng, K. G. Manton and J. W. Curtsinger: Biodemographic trajectories of longevity. Science 280, 1998).  Jim extended his nonhuman demography to the study of the life expectancy of “popular pieces of complicated equipment” like automobiles. He examined the central death rates of automobiles ages 1-17 across several cohorts and brands between 1932 and 1993. He identified similar patterns of heterogeneity (some cars are built better and last longer and some are driven by careless, impetuous drivers) and deceleration (rates of mortality are lower for older cars).  He speculated on factors that might contribute to these patterns.  But what may appear to be fanciful speculation was also a serious consideration of whether mortality is a property of biological organisms only or of complex systems more generally (See Vaupel, J. W., Trajectories of mortality at advanced ages. In Between zeus and the salmon: The biodemography of longevity, (Eds.) K. W. Wachter and C. E. Finch, National Academies Press, Washington D.C., 1997).

These accomplishments and many others earned Jim Vaupel much recognition from his peers.  Among his accolades are the Mindel C. Sheps Award for outstanding contributions to mathematical demography by the PopulationAssociation of America and the University of North Carolina School of Public Health;  the Latsis Prize of the European Science Foundation; and the Irene B. Tauber Award by the Population Association of America.  He became a member the National Academy of Sciences in 2004.

His passing is a huge loss for us all.  “If his body had not let him down, he would have continued to generate important new science and to inspire all those around him with his enthusiasm for this great quest” (Phil Cook).

Pictured above is Vaupel during a visit to DUPRI in 2019.